A NFT collection of 5,000 demons created by the exiled Deumos. Siphoning the excess energy emitted from the Fusion Chamber, often referred to as “Soul Fragments”, she created an army of demons to exact revenge on the Dizzy Den. 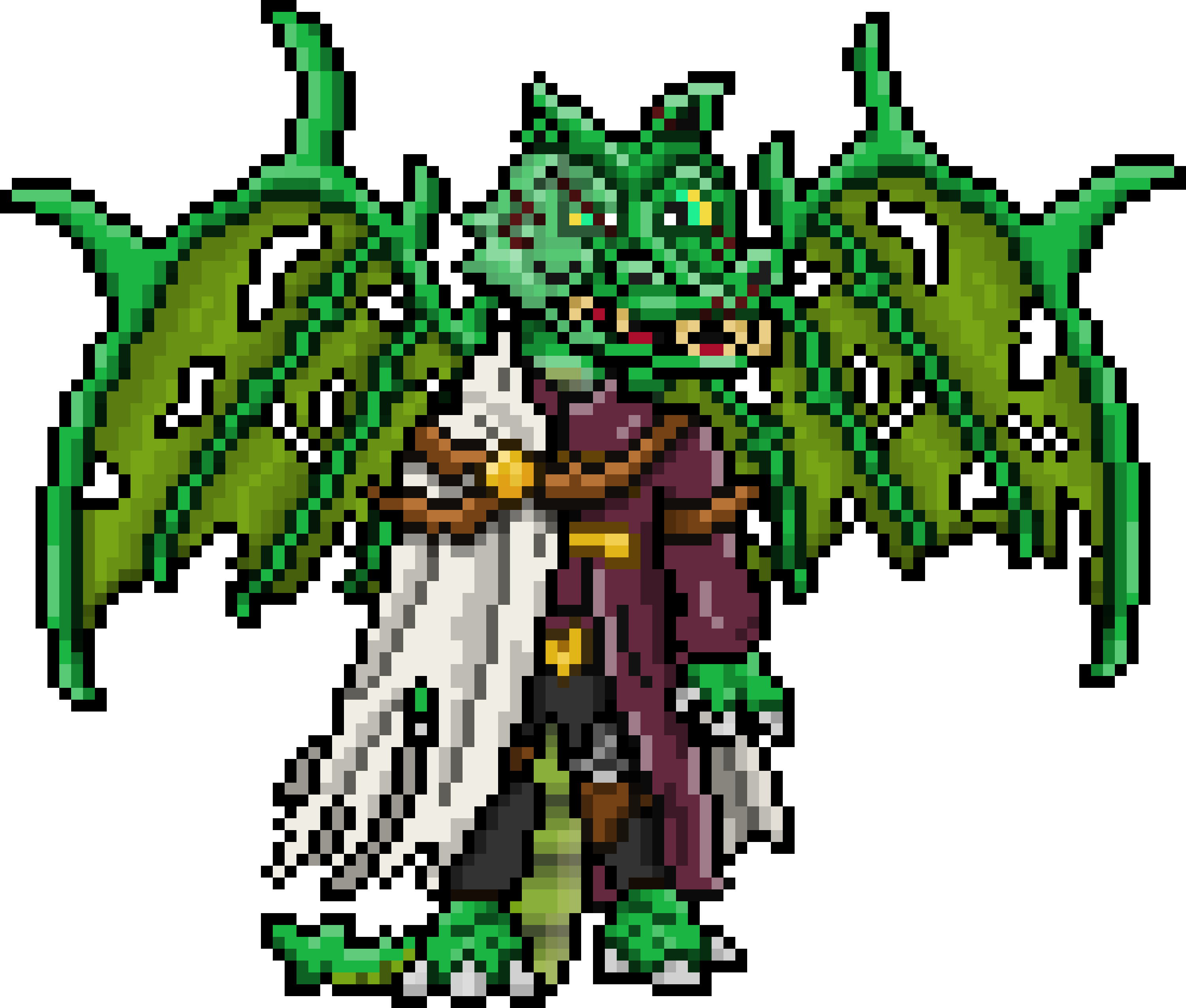 A former Dizzy Dragon and protege of Professor Redwing, Deumos was expelled for pursuing scientific interests that were forbidden by Dragon elders. Before leaving she made a point to destroy what work she couldn't bring with her by torching the research lab and hasn’t been seen or heard from, until now.

Leader of the science and research department and former teacher of Deumos.

One of the newest members of the science and research department, currently a promising up and coming doctor who is something of Redwing’s newest protege.

One of the dragons Deumos experimented on many years ago. He was one of the few who received the mutated eyes many dubbed “Demon Eyes”. Since then he hasn’t quite been the same and has mostly kept to himself.

An outgoing, expeditious and overly bold member of the den for many years. He has always put the Den ahead of himself and because of numerous adventures has gained a reputation as something of a fighter and warrior.

A collection of beings created by the siphoning of excess energy emitted from the Fusion Chamber by Deumos during the Fusion period. These bits of energy, often referred to as “Soul Fragments”, were used by Deumos to create a legion of creatures referred to her as Dizzy Demons, no doubt as a subtle jab at The Dizzy Dragons organization itself. From Dragon scouting reports the force appears in the thousands with two primary entities being observed, tiny more fast paced infantry ones nicknamed minions and larger hulking ones (no doubt for power and destruction purposes) referred to as brawlers. Though intelligence is spotty there are rumors of a third class of demons that appear in far fewer quantities and we can only speculate their purpose with the primary theory being that they provide some sort of leadership to the more commonly seen ones.

After the emergency session of the Upper Council it was deemed necessary to create a defensive entity for The Dizzy Den and all of its members. After proving himself a viable leader and most equipped for the task the job was handed to Medraut Goldenscale, an established explorer, adventurer and all around skilled warrior who quickly established the Den’s first defensive arm, The aptly named Dizzy Defense Force. With moral concerns brought up by Professor Redwing and a few other senior dragons an agreement was reached for this force to be equipped and use only non-lethal weaponry and tactics against Deumos and her legion of Dizzy Demons.

Since then the budding force has hastily begun recruiting, training, equipping and ultimately preparing fortifications and plans for the inevitable assault. Most in the den see the force as an essential one established for good, which is bolstered by the fact that it is to be disbanded upon the end of the Deumos threat. There are those who feel it is the start of a slippery slope that breaks away from the primarily peaceful and creative mission of The Dizzy Dragons.